Related to Alice Diop
Back to calendar

A train line, RER B, crossed from north to south. A journey through these indistinct places we call the suburbs. Encounters: a cleaning lady at Roissy, a scrap metal merchant at Le Bourget, a nurse at Drancy, a writer at Gif-sur-Yvette, the follower of hunting with hounds in the Vallée de Chevreuse, and the filmmaker who returns to the scene of her childhood. Each one is a part of an ensemble that makes up a whole. A possible "nous" (us)..

"Once we rule out the tutelary figure of François Maspero and his book, Les Passagers du Roissy-Express (The Passengers of the Roissy-Express), the concept of which inspired me, my desire for this film was to bring together in the present the memory and traces of the lives of people who have received very little attention. I wanted to offer film to them so that their stories would be recorded somewhere, so that they don't disappear. Of course this obsession with recounting the lives of those whom no one has looked at derives from my family history, from the few archives left to me of my parents, from these family films that I agreed to put in Nous, which are nevertheless its source and that of my future as a filmmaker. I think I became a filmmaker to make up for the absence of traces left to me of my parents."

Preview before public release on 16 February, by New Story. 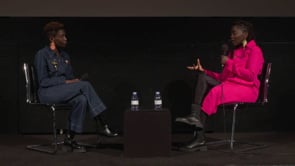