Conversation with Frédéric Migayrou and Aurélien Lemonier, the exhibition curators.
Excerpts from the catalogue (pp 72- 83).

F. Migayrou and A. Lemonier – How do you see an exhibition that deals with the question of a retrospective look at your work?
Bernard Tschumi – The exhibition looks back at this questioning of the meaning of time in architecture, and the meaning of architecture in itself. Having to remind myself of a certain way of working has showed me the consistency and continuity between the work of my early years and my work of today. While in the beginning it mainly involved a notation method expressing movement and action in space, today it involves the materialisation of concepts, some of which were already outlined at the time.
We could simplify all this and say we have passed from the abstract to the concrete.

FM-AL - How would you define the first period of your work […], where it was a matter of non-architecture?
BT - We are now post-1968, a period that was intensely critical. At that time, architecture was getting a bad press; it was seen as an instrument of power or of big finance. Meanwhile, the city was fascinating. As a multiple, complex object, the city was a way of charging one's batteries, and thinking about what would be an approach to architecture that was no longer –to quote Le Corbusier – "the skilful, correct and magnificent game of volumes assembled under the light", but as something very different involving events, actions, movements and programmes. Starting from there, new doors opened. […]

FM-AL - At that time, you started writing […]?
BT - Wanting to challenge the dictionary of preconceived ideas about architecturecould not have been accomplished through the conventions of drawing architecture. I had to take my distance. Between 1970 and 1975, I was in London, at the Architectural Association, and had a very productive experience of the current polemics. But at that time, writing was the immediate way of expressing myself. We can shape architecture through other means than the constructed or the drawn. Architecture is a form of knowledge before being knowledge of the form. I always cite "Introduction à l’analyse structurale des récits" by Barthes, where it is easy to replace the word "literature" with the word "architecture" and thus obtain a theoretical text that no architect has ever written. When you consider the question of limits and margins of a discipline, you touch on the margins of architecture. In this kind of no man's land, in this wasteland that is not part of the established disciplines, there are some extraordinary places. […] Architecture can no longer simply be a way of enclosing spaces properly. It is also a mode of experience and a way of living. There is a crucial dialogue between the designed and the experienced. And this was the starting point for a whole new area of research.

FM-AL - Was this the moment when notation made its appearance […]?
BT - There were two different things in the idea of notation. The first was a question of language: if you want to change something, you sometimes have to change the way you speak about it. When Wittgenstein and Jameson talk about the prison-house of language, it is because if we use axonometries in architecture, we are inevitably going to have buildings that proceed from axonometries. Consequently, you have to think about the language used by the architect. This is the first question, which is still valid today when we work in digital. Is the use of digital going to enable us to change architecture, or are we going to do the same things again, but adding double curvature surfaces?
Notation also aimed to document the aspects that had not been considered in architecture up to that point, meaning the movement of the body in space; the action; the conflicts. When you are an architect, you receive programmes with so many square metres of this or that. These square metres reflect reasons that are often cultural. Literature is situated directly in culture, and culture influences our way of thinking. I said to myself, "Instead of giving square metres to my students, I am going to give them excerpts from texts." […]

FM-AL – Can this work on the notation that replaces representation be found in the theatre, dance and literature […]?
BT - […] One day I came across two little books entitled Film Form and The Film
Sense by Eisenstein. When he was making Alexander Nevsky, he thought up a method of notation which placed the film shots and camera movements in their own temporality, side-by-side with the music and the movement of the actors – rather like a score. This was a revelation, because it is a very organised way of speaking about architecture, not only in terms of floor plans or cross sections, but also through the movement of bodies in space. In other words, adding a dimension that takes account of the complex reality of the architecture. […]

FM-AL – When you competed for the park of La Villette, you proposed introducing the Follies. […] How did this turnaround come about in someone who had not yet produced a building, who had a conceptual vision of architecture and who had just won a "large-scale project" ­– one of the most significant for Paris and the France of the Eighties?
BT - […] This was the moment to change over to another reality from the one I was inventing in drawings. I wanted to see what I could do with a real programme; how I could pass from pure mathematics to applied mathematics. I started with this initial competition for a large-scale project by applying some of the discoveries of the previous years: the notation method, the idea of the concept, the separation of action, movement and space – which was to become point/line/surface –, and the question of meaning, even a negative meaning, as with the Follies. And suddenly, it became possible to incorporate all the questions I had been considering before in a single project. […]

FM-AL - We have talked about the programmes and concepts you introduced, like "cross-programming" and "transprogramming". You wrote a text which posed the problem of the in-between area […] Architecture is there where it is not. Is it still in this "in-between" system […]?
BT – Architecture is not roofs, facades and windows. It is above all an envelope, and a means of going inside it and moving around it. So I started a series of projects centred simultaneously on the envelope and on the movement, and above all on this in-between area. […]

FM-AL – Between the Parc de la Villette – a conceptual park, an anti-park where nature was virtually absent in the beginning – and the zoo at Vincennes, where nature is reconstructed and animals are liberated because it is an open park, would you say that two completely antipathetic concepts now seem to dialogue with each other […] ?
BT - At a time when I was developing the idea of the concept-form, I said to myself that I also had to think about the formless. With the zoo, it was a matter of meeting economic and programmatic constraints that were very unusual. How could I create an environment factoring in these functional and budgetary imperatives, and then take the next step in the vocabulary of the architect? One concept was that the architecture should be identical for humans and animals. The envelopes would just be the same, whether for humans or animals. We have envelopes of glass, of netting, of beams, which do not arise from a formal system. So there we have the formless. This principle was adapted to most facilities in the zoo, in constant dialogue with those extraordinary rocks of Charles Letrosne. Despite their obvious differences, a dialogue began with the Parc de la Villette. 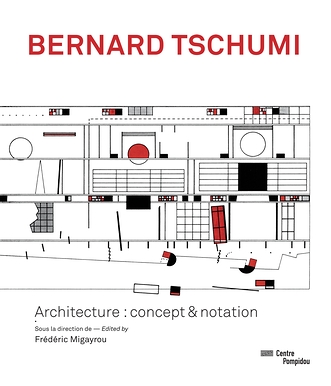